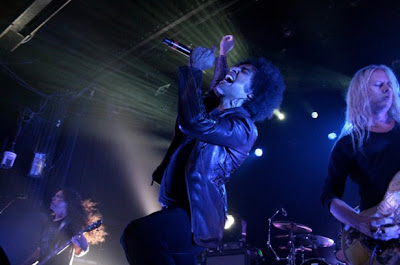 
Many years have passed since that episode in your life when you watched Black Flag in the documentary “The Decline of Western Civilization”. He caused you a big impression and made you “decide” your destiny at 11, 12 years old ¿How do you remember those discovery days?
"I remember those days very fondly. I used to sit in front of my cheap record player and pretend I was a DJ for the greatest radio station in the world, a station that only existed in my mind. I would play Jimi Hendrix, then Ornette Coleman, then John Lennon, then Chic, then the MC5, etc. I loved it all. Those years are very important and impressionable for anyone. I was fortunate to be exposed to great music at a very early age. I was even more fortunate to have the natural curiosity and insatiable desire to seek out more great music on my own."

In 1982 you moved to Atlanta, to the hardcore punk scene of the city. Your first band was Awareness Void of Chaos, and then Neon Christ. You played with bands like Corrosion of Conformity, D.R.I. and Dead Kennedys. Being so young, that must have been awesome for you! Can tell us something about that?
"It was an amazing time. To be a kid of 14 years old right as a new form of rock music is taking shape and to participate in the invention of a whole new culture – new music, new fashion, new Do-It-Yourself business models for record labels, touring, and fanzines (years before cell phones and the Internet), all being done BY kids FOR kids, completely independently - is about the best way I can think of to spend one’s adolescence. I wouldn’t trade that time in my life for anything. The older I get, the more I appreciate what it meant. It absolutely shaped who I am today."

What do you think about the rise of the social movements around the world in 2011? Social movements in the arab world, in Europe, in the United States with Occupy Wall Street and in Latin America. Maybe you’ve heard that Chile was not an exception: The student movement emerged in response to a bad education system. A movement against a market-based education system. You’ve also fought against injustice, against the war, against the KKK, organizing and participating in public manifestation with Neon Christ. Today, the people have taken the streets around the world!
"I think it’s wonderful. And inevitable. People are being left with no other choice. Basic human rights are being denied. I support all of those struggles here in the United States and around the world."

Can you tell us something about your relationship with Vernon Reid, Living Colour guitarist?
"Vernon and I have been friends for over 20 years. Besides being a great musician, he’s also one of the most thoughtful and insightful people I’ve ever met."

We want to know a little about your university days. You have a degree in philosophy, with a specialization in religion. How do you apply that knowledge in your life and in your music career?
"My academic pursuits at Georgia State University were merely consistent with my overall curiosity about life in general. Does our existence have any meaning? If so, what is it? Regarding my specialization in religion, I think it’s very important to draw a distinction between Religion and Spirituality. I believe that one can be spiritual without adhering to the tenets of any particular religion. Having said that, my study of different religions was, in part, a reflection of my interest in mythology and ritual. I see both beauty and terror in our need to ritualize our spiritual practices. I wanted to find the common threads that have existed in all the religions practiced throughout the world over the course of recorded history to discover the ties that bind humanity through the ages. For instance, I think it’s interesting that some of the ideas that we associate as foundational to Christianity, such as a “Golden Rule,” “Commandments “by which one should live, and the concept of Virgin Birth, existed in ancient Egypt, thousands of years before the time of Christ. I’m also interested in the patterns by which religion has been used as a tool of social control by every empire that’s ever existed. I say none of this to denigrate anyone else’s spiritual or religious beliefs. This is merely my own curiosity, my personal search for meaning."

With your band Comes With The Fall, your music became much darker, compared with Madfly. Both bands share almost the same members, but have completely different sounds. Can you tell us something about that change?
"Madfly was the result of me trying out a lot of new things for the first time – new ways of writing, new ways of singing, becoming a record producer, learning how the music industry works by starting my label DVL Recordings. It was an attempt to confront many challenges at the same time, both artistically and professionally. And, naturally, when you take on that many responsibilities for the first time, there are bound to be mixed results. There were some great songs written and recorded during the Madfly period but there was also a certain lack of direction and cohesion as well. For the first time in my life, I was unsure of exactly what I wanted to do musically. So I tried to do it ALL in one band. Some of it worked, some of it didn’t. But it was all extremely important for my evolution. Madfly released two albums, the first in 1996, the second in 1998. Then, in the summer of 1999, my vision went from blurry to clear. I suddenly figured it all out again. I got my spine back. That was Comes With The Fall."


The connection between Comes With The Fall and Roman Polansky’s film "Rosemary's Baby" is awesome. For example, the name of the album "The Year is One", comes from that movie. Could you explain that connection?
" “Rosemary’s Baby” is one of my favorite films. Again, I love the beauty and terror inherent in religion and ritual. I’m fascinated by the eternal struggle that exists in human nature between “Good” and “Evil.” I also simply like a good story. “Rosemary’s Baby” has all of that. And it’s beautifully photographed and wonderfully acted. "

Is there any chance of new material from Comes With The Fall in the near future?
"I can’t say when anything will happen. There’s obviously a lot of other things going on right now. But our work is not done."

In 2000, Jerry Cantrell introduced himself as a fan of Comes With The Fall, and later the band was announced to be Jerry Cantrell’s opening and backing band for his promotional tour of “Degradation Trip” album. This was the beginning of a great friendship. How did you feel about this new challenge?
"I felt great about it. I knew I had an awesome band that could handle anything. I was thankful for the opportunity to get out on the road and take it to the people. We played five nights a week, two sets a night, all over the U.S. and U.K. for all of 2001 and 2002. It was exhausting and there wasn’t a lot of money. But it was one of the happiest times of my life."

What do you think about Degradation Trip album?
"It’s my favorite of his solo albums. Our friendship was forged on two albums: “Degradation Trip” and “Comes With The Fall.” Anytime I hear anything from either record, I’m hit with a flood of memories - some dark, some incandescent – but all of them very important."

In april 2002, Layne Staley died. And you lost your grandfather too, the same week, when Layne’s death became public. It was too heavy and sad. About this, I’d like to know where did you all find the strength to continue?. I ask this because we’ve noticed the great spiritual strength that you all have, you are very brave! (I mean you, Bevan and Adam, Jerry, Mike and Sean of course… also Mike’s best friend Randy Castillo died on March 26, 2002).
"I found the strength in the music, the same as I always have since I was a little kid. If anything, I think Cantrell and I were lucky that we were on tour at the time. There were always shows to do. It kept us focused and gave us a healthy place to channel some of our grief. We probably would have gone completely out of our minds otherwise."


You met Layne Staley’s family some years ago, and they approved what you’ve doing now in the band. What does this mean for you?
"I’m honored by it."

What’s your favorite song from “Black Gives Way To Blue”? And why?
" “Last Of My Kind.” I wrote the lyric in about half an hour at Cantrell’s house. Then I sang it and we just looked at each other like, “Yeah, right on.” It was a cool moment ."

Motor City 5… What does this really mean for you?
"It means so many things: freedom, energy, power, commitment, beauty, sacrifice, movement, one-ness, Life. The MC5 were everything a rock-n-roll band should be. When I was 11 years old, I used to listen to their music while staring at their album covers wishing I could jump into the photograph and be inside the hurricane. Jump forward some 30 years and suddenly I actually got to do it. Twice. Indescribable."

Could you tell us something about your work with MonstrO? The debut album sounds great!
"Thank you! That band is special. They’ve got such a wonderful mixture of innocence and heaviness. And when I say “heaviness,” I don’t just mean the sound. I’m referring to the emotional weight and intent of their music. It’s so dynamic. There’s light and shade and layers of meaning. Carlos, the singer, isn’t afraid to be vulnerable. All of those things made me say yes when the band asked me to produce them. I’m very proud of that record and very proud of those guys."


THANK YOU WILLIAM!!!  WE' RE VERY THANKFUL AND APPRECIATIVE OF YOUR KINDNESS AND GENEROSITY WITH US! 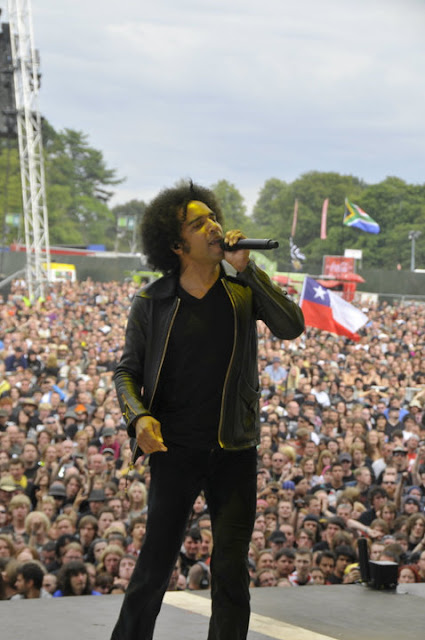 Are you trying to make cash from your websites/blogs by running popunder advertisments?
In case you are, have you ever used Pop Cash?

Did you know you can shorten your links with Shortest and make money from every visitor to your shortened urls. 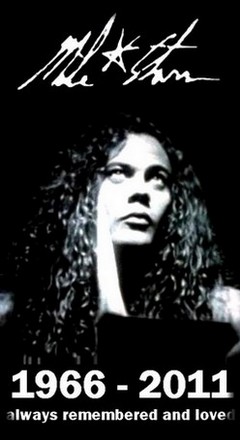